It’s rather known how the rituals of “Magic” – that of the ancestral horizons of its setting <<first chronological>> with respect to “Religion”  - conform, according to the famous English anthropologist James J. Frazer, author of the monumental work The golden bough, to two real Laws/logic categories, that recites like this: In the sign of the “Magic”, <<similar produces similar >> and << the part is as a function of the whole,  since the part and the whole inter-condition themselves, also when their contact ends>>

So, it’s just the two postulates traced by Frazer, that give sense and meaning to the miniatures (generally, and here to Francesco Fiscardi’s ones), as orthogonal reductions of objective realities, that is models taken from the original and first of all arranged for them. Because they offer us the implicit motivation of the artistic activity, here Francesco Fiscardi’s, who, putting under a single glance the materic form of the grandiose votive machine of the “Lilies of Nola”, magically stops this form (similar produces similar and the part has the function of the whole ) removing it, with its musealization process, to the hourglass of  time in the perspective of a ne varietur that conditions the ne varietur of the very religious tradition, beyond every risk of cultural dynamics.

Up to here, the implicit, the unconscious of the artist Fiscardi. While he, with brilliant consciousness, aims his singular manual skill not only at reducing to miniatures the objective/materic forms, which identify a tradition, a heritage; but he bends, and rather, this manual knowledge to represent the whole context of tradition. Therefore together with the ex-voto machines, the faces of faith, marked by amazement and wonder because of the annual iterating of the holy time and of the miracles. In other words, an art, this of Fiscardi, to communicate the biunique connection Men-Saints, cultural esprit of the “Lilies” offered to Saint Paolino in Nola.

In short, many reasons are offered to award to Francesco Fiscardi the testimonial for his original manual skill of mature protagonist of ethnoplastic art aimed to plastic ethnohistorical/cultural events.

President of International Centre for Ethnohistory of Palermo (ICE) 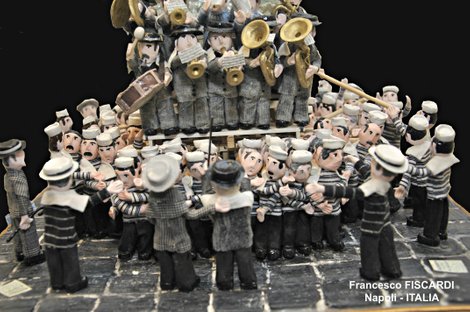 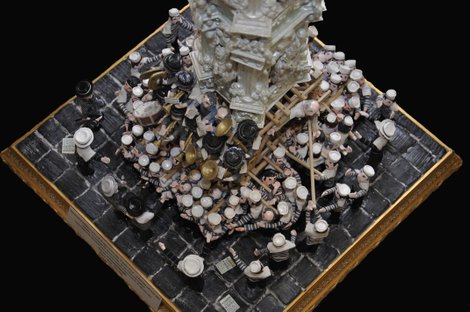 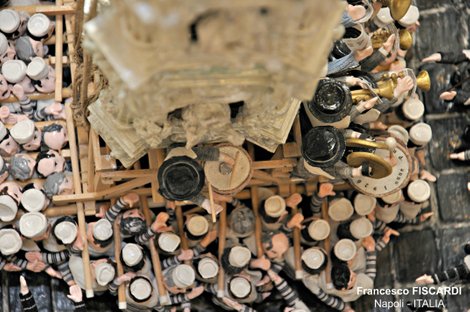 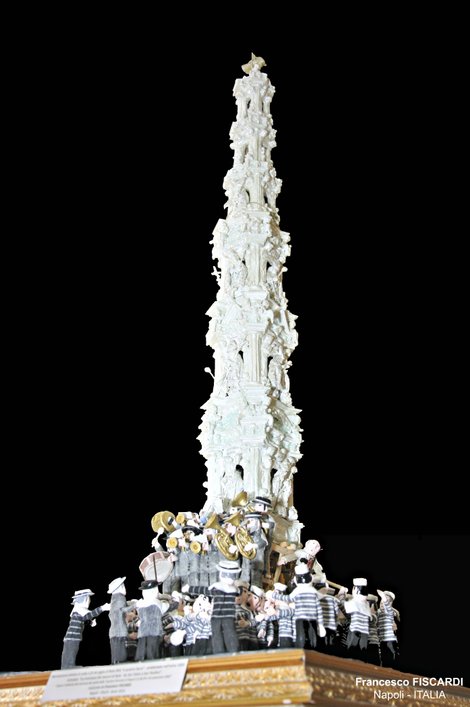 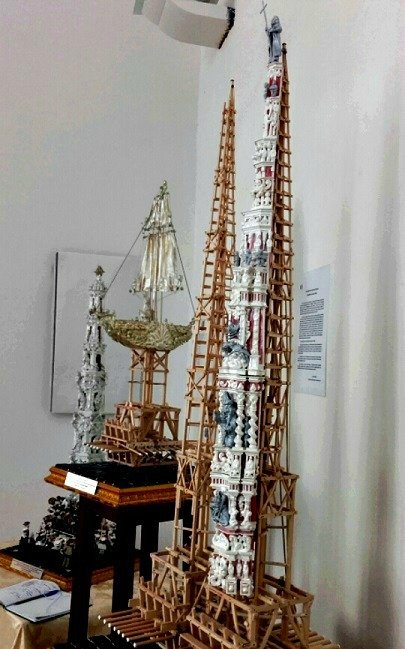 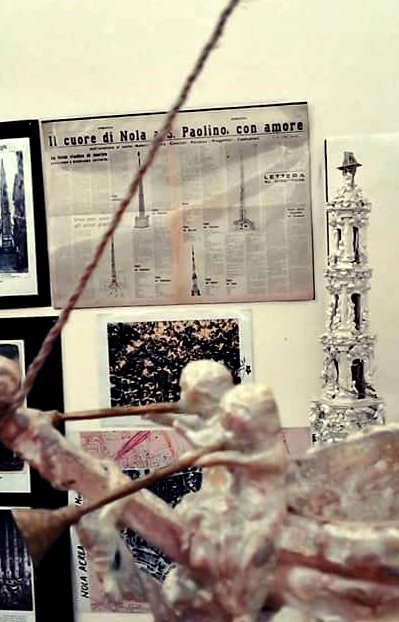 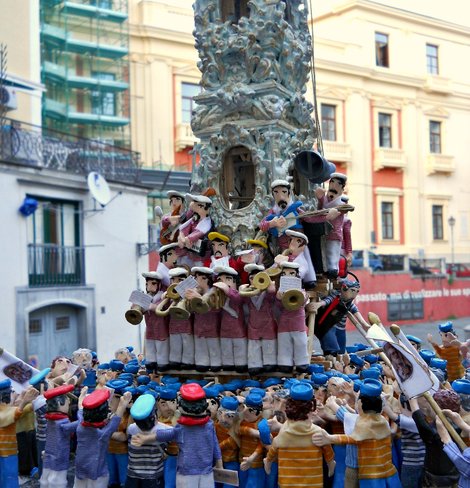 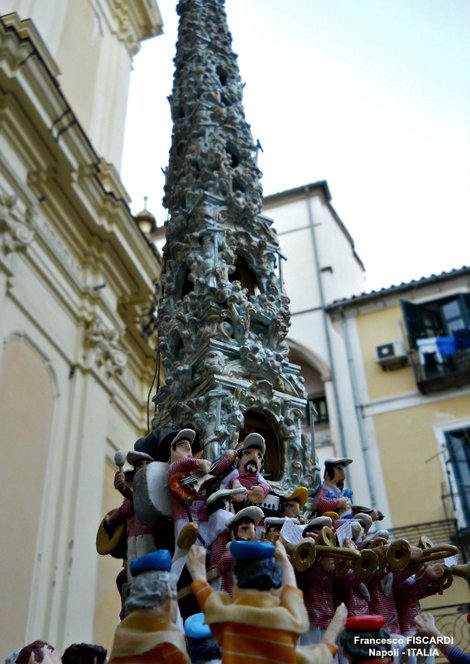 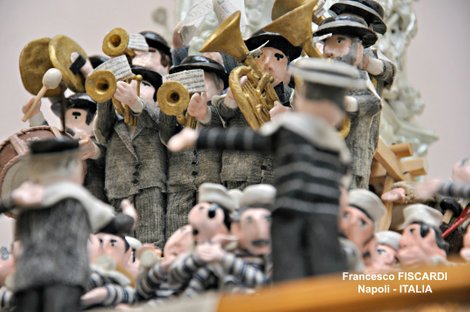 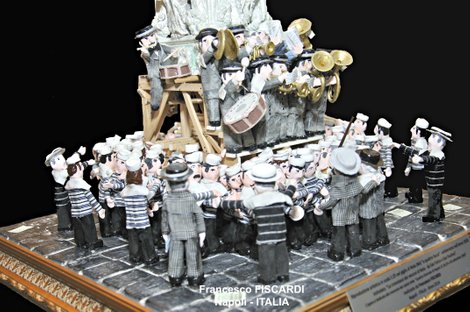 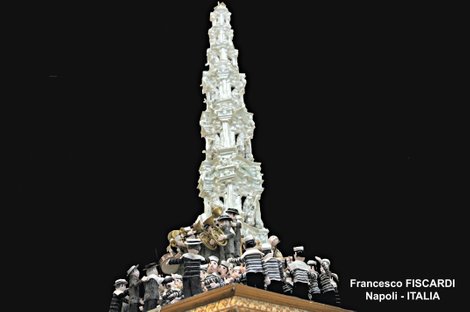 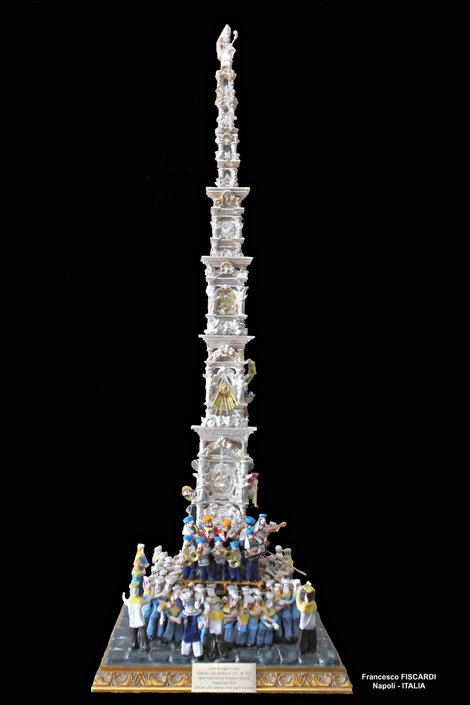 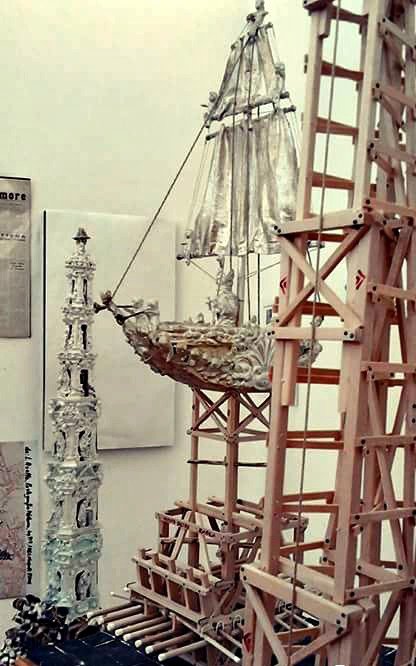 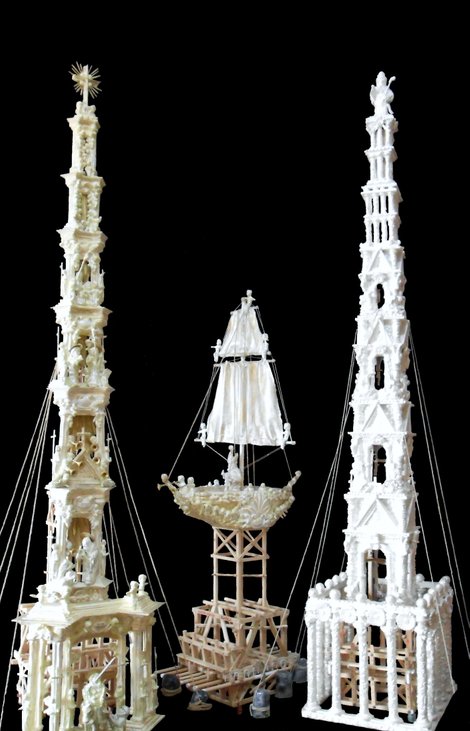 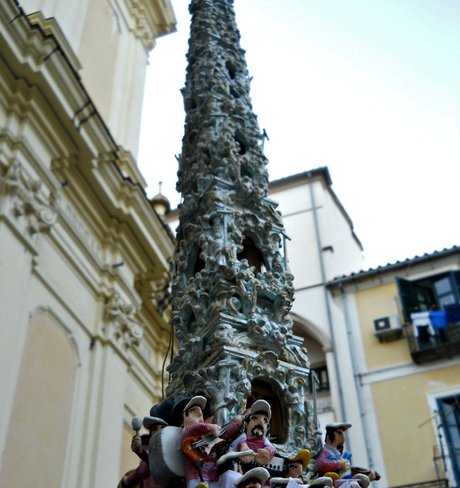 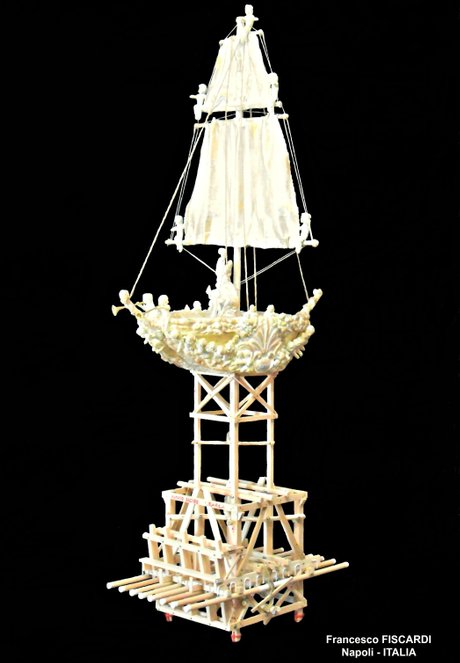