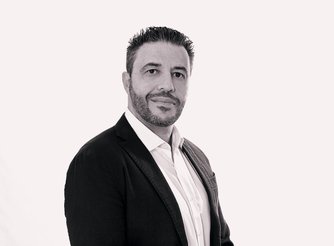 Francesco Fiscardi was born in Naples in 1974, where he lives and works. He approaches the world of art at the age of just twelve years producing some miniatures referable to the ethnoplastic art connected to ethnohistorical-cultural events and representations. At the age of eighteen, he began to experiment more conventional painting, but was greatly influenced by action painting. His career choices have not hindered his artistic activity, that has always continued to evolve. After several years he has begun painting again as he once did, but inspired by the wonderful colours of the natural and urban landscapes.

In 2014, he was awarded the certificate of merit for his original manual skill of mature protagonist of ethnoplastic art, aimed at plastic portrayal of shapes and ethnohistorical cultural events by the International Centre for Ethnohistory of Palermo (ICE).

In 2016, he presented Metropolises of the world, his first solo show at the Castel dell’Ovo, in Naples, an event realized with the collaboration of the Councillor’s Department for Culture and Tourism of the Commune of Naples. The exhibition represents a virtual journey through the five continents of the earth, an original pictorial itinerary, the result of documentary reminiscences and of a figurative artistic reworking.

In the month May 2017, he was awarded the title of honorary member as a Painting and Plastic Art master of the Ethnohistoric Tradition of Campania by the International Centre for Ethnohistory of Palermo (ICE).

In the month June 2017, he showed the collection Metropolises of the world in Rome, an exhibition supported by Dante Alighieri Society and inaugurated by Prof. Alessandro Masi at the W. Mauro Room in Palazzo Firenze.

In June 2018, he presented the collection Sensory evocations of New York City districts on the island of Capri (Naples), an exhibition supported by the City of Capri and inaugurated by the mayor at the exhibition room of the Commune. Because of its importance, its creative innovation and its aim to promote cultural diversity, the Ministry of Cultural Goods and Activities and of Tourism-Mibac granted to the event the logo of the European Year of the Cultural Heritage.

In the month of April 2021, guest (by zoom) of the University of Wisconsin in Milwaukee – U.S.A. to present to the students, from Ojibwe and of Italian, the innovative pictorial research dedicated to the metropolises seen from the space, and in particular the work dedicated to the city of Milwaukee.

In the month December 2021 he presented the collection Metropolises of the world in Pompeii (Naples), at the HABITA79 Hotel, within the scope of the kermis named The Meetings of Value, with the moral support of the Region Campania – Department for Growth and Promotion of Tourism of the city of Pompeii, inaugurated by Doctor Nicola Ruocco.

In the month October 2022 he presented the collection Metropolises of the world on the island of Capri (Naples), an event organised by the Rotary Club Isola di Capri and supported by the City of Capri at the Municipal exhibit room.

On December 4th 2022, he is invited to the seat of the Consulate of the Democratic Republic of Congo, by the consul, lawyer Angelo Melone, for the handover ceremony to the Nobel Prize for Peace Dr. Denis Mukwege, always committed to helping women victims of the sexual violence, of a work dedicated to the city of Goma, from the collection Metropolises of the world, as a symbol of peace, friendship and cultural exchange.

In the last few years, the knowledge and the esteem of his artistic and ethnoplastic production spreads also in the international contexts still contributing to a cultural dialogue with different reference institutions.

Some works by Fiscardi are currently on show at: University of Wisconsin in Milwaukee – U.S.A., Italian Institute for Culture of Los Angeles, CA – U.S.A., Calandra Italian American Institute of New York City, NY - U.S.A., City Hall of New York City, NY – U.S.A., Italian Institute of Culture of Sidney – Australia, Museum of Civilizations of Europe and the Mediterranean – MuCEM of Marsiglia - France, The Embassy of the United States of America in Rome, Dante Alighieri Society in Rome, Consulate of Tunisia in Naples, City Hall of Capri (Naples), Consulate of Democratic Republic of Congo in Naples, City Hall of Capri (Naples) and  International Centre for Ethnohistory of Palermo.