under the patronage of the City of Capri 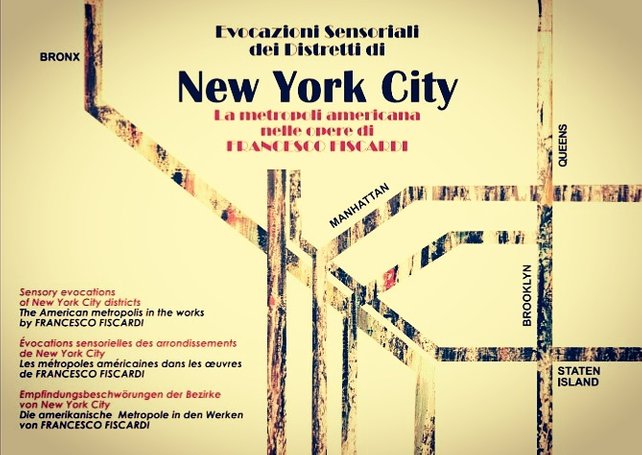 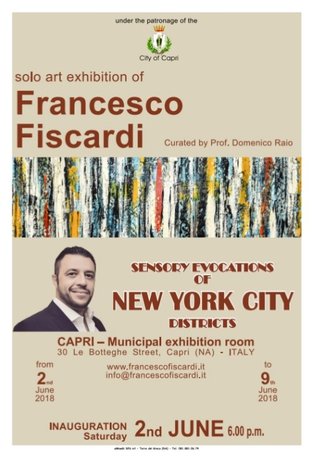 From June 2nd to 9th, at the exhibition room in Le Botteghelle Street 30, in Capri, the Neapolitan artist Francesco Fiscardi is presenting, under the patronage of the City of Capri, the solo art exhibition Sensory Evocations of New York City Districts curated by Prof. Domenico Raio.

“The exhibition – observed the art critic – represents a pictorial itinerary of the American city par excellence through faithful atmospheres able to depict the great international capital in the specific environmental peculiarities of its territorial divisions.”

The inauguration of the exposition is foreseen for Saturday, June 2nd at 6.00 p.m.

An important token of esteem arrived from the Office of the Mayor of New York, Bill de Blasio, who congratulated on the exhibition on the American city and wished the best success to Francesco Fiscardi. Flagship, the inclusion of the initiative among those approved for the European Year of the cultural heritage 2018, in which a series of initiatives and of displays are occurring in the whole Europe to allow citizens to approach and to know their cultural heritage through and through. The aim of the European Year of the cultural heritage has been to contribute to strengthen the sense of belonging to a common European space.

The logo of the initiative of the European Year of the cultural heritage has been issued by the Ministry of Cultural Goods and Activities and of Tourism-Mibact.