From the Metropolises of the world to the Metropolis of the world: it is devoted to the districts of the Big Apple, the caput mundi of the contemporary age, Sensory evocations of New York districts, the new series of five works by the Italian artist Francesco Fiscardi whose pictorial itinerary lets us rediscover the American city par excellence through faithful tone atmospheres, prevailing on the suitable vertical development of the portrayed forms, but together is able to depict the great international capital in the specific environmental peculiarities of its territorial divisions.

In the elaboration of his latest paintings, it can be inferred a more particular use of the colour, now delegated to represent no longer an abstract view, but the characteristic architectures of the Bronx, Queens, Manhattan, Staten Island and Brooklyn, that the artist grasps in the particularity of the reverberations and of the lights characterizing the individual department. The collection represents, in its whole, a tribute to New York. The Neapolitan painter manages to individualize the symbols of greatness and liberty, portrayed by the typical skyscrapers that are silhouetted towards the sky realizing an ideal connection between our planet and space, to confirm, on a further allegorical plane, the potentialities of a country like the United States, considered, since its origins, an earth with endless opportunities and able to recognize and enhance human talent in all its most varied expressions.

The works present a rhythmic longitudinal chromatic subdivision, in the recurring alternation between building structures and urban streets of the American metropolis depicted on canvas, but every section is single in its pictorial outcomes, almost to portray the uniqueness of the sensations that these visions can evoke in the observer.

At a subsequent and deeper hermeneutic level, in the not so conventional tone associations, findable in Fiscardi’s pictorial compositions, and on which the artist seems to build his fitting symbologies, we can discover the multicultural mark of  New York, able to integrate different people and cultures, like the artist manages to combine the different colours of the chromatic spectrum in broader harmonies with more interesting effects that gives the individual painting a special internal tension that, somehow, recalls the  music universe of jazz not by chance of the United States origin. In the most usual chromatic sequences on which the formal plant of the work is based, we perceive colours out of tonality, inserted in the painting nearly as if it were about blue notes  in a jazz excerpt to create a sensation of indeterminateness and surprise is able to arouse the imagination of the viewer, in the evocation of American environment rendered famous by Stars and Stripes literature and cinematography.

From a freer chromatic scheme, which marks works like “Looking for a romantic atmosphere in the Bronx”, or “Multicultural colours flow in the Queens”, magnetic fields seem to originate, which cross horizontally, and vertically on the canvas infusing strong energy into it. The individual colour splashes, the symmetric longitudinal brush strokes, pointed out also in “Glance after glance, meeting after meeting in Staten Island”, quickly intersects in a climate of great excitement that, on a more purely abstract plane, quite clearly depicts the great fervour that  marks the streets of the American megalopolis.

With “The incessant background sound on the island of Manhattan” Francesco Fiscardi tries to represent the financial center of the city, not only by Wall Street and environs skyscrapers, but also through its sounds that the artist portrays in an original pictorial spectrogram that is revealed evident by the thin brush strokes which identify the composition.

In the painting “The lights switch on in an autumn sunset in Brooklyn” the gaudy colours, which dominate the pictorial scene, portray the luminous sign of advertising, a symbol of a country that produces a widespread welfare that lets us imagine, to them who love this earth and share the ideals of it, that the American dream is still possible. 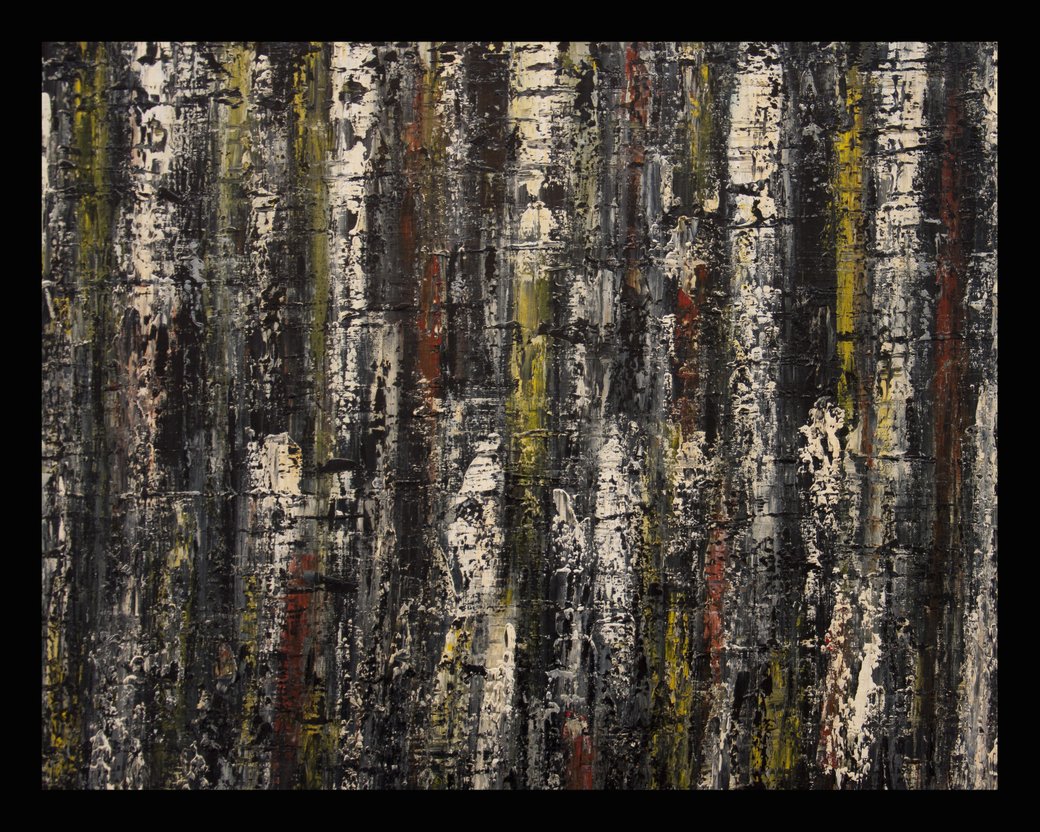 Looking for a romantic atmosphere in the BRONX - NY 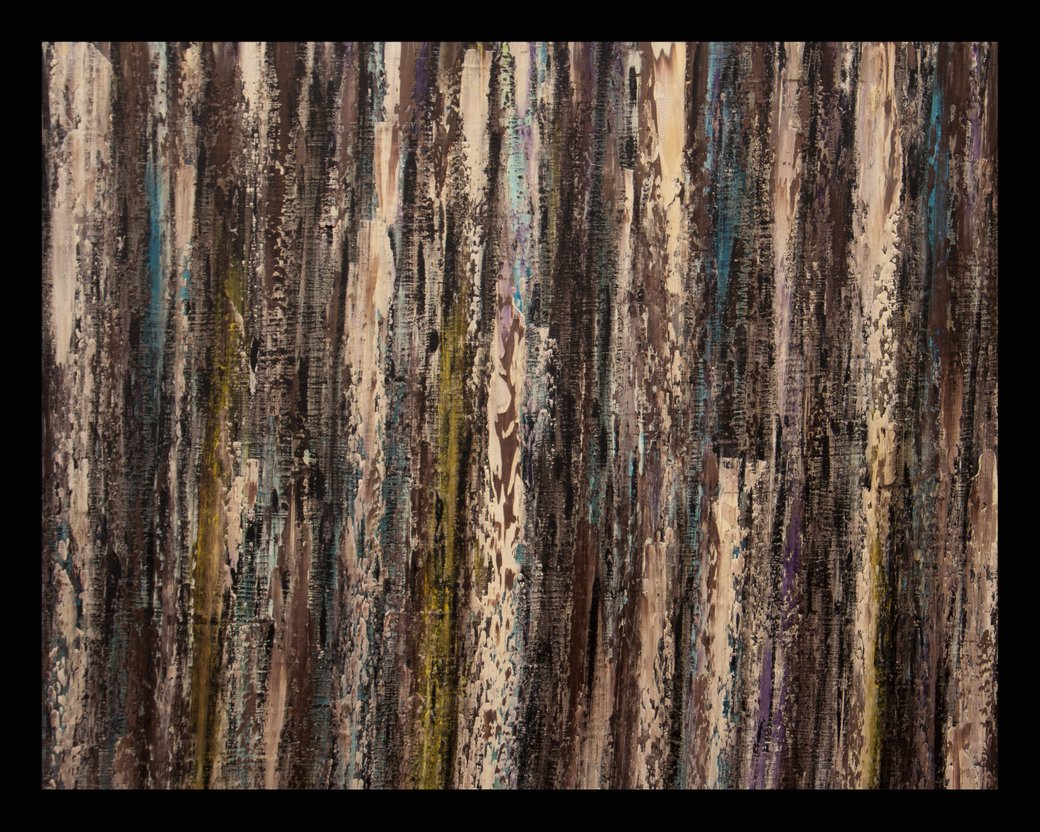 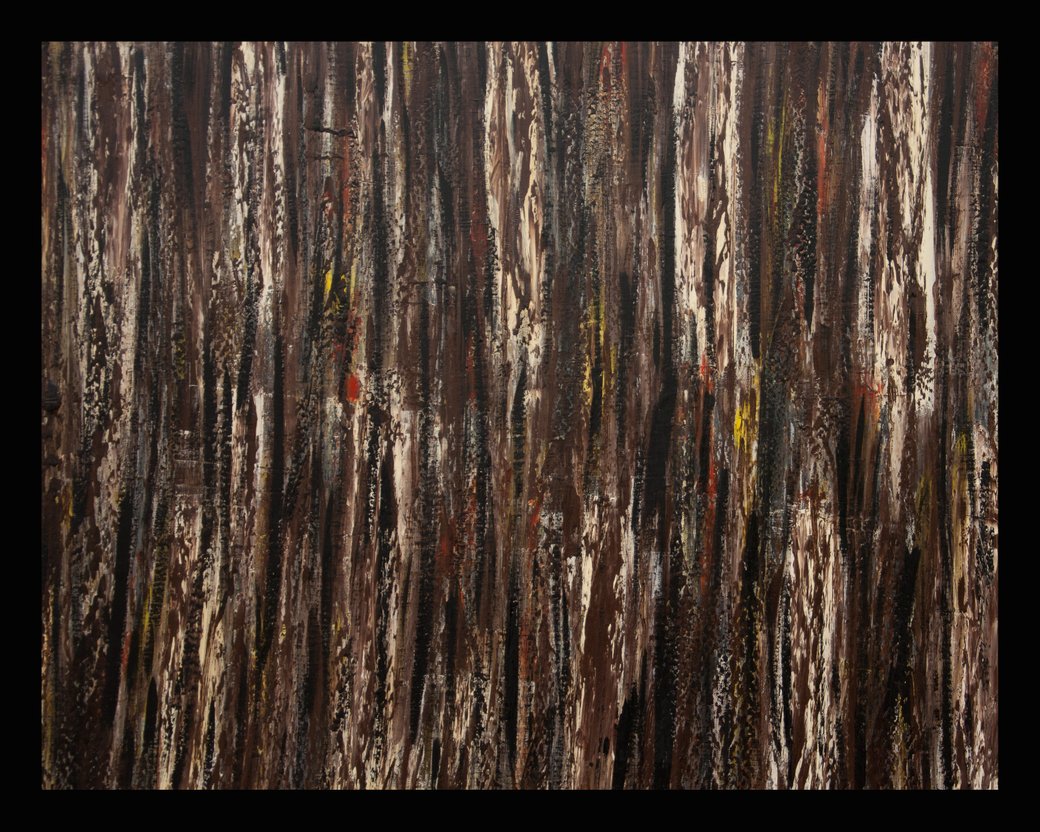 The incessant background sound on the island of MANHATTAN - NY 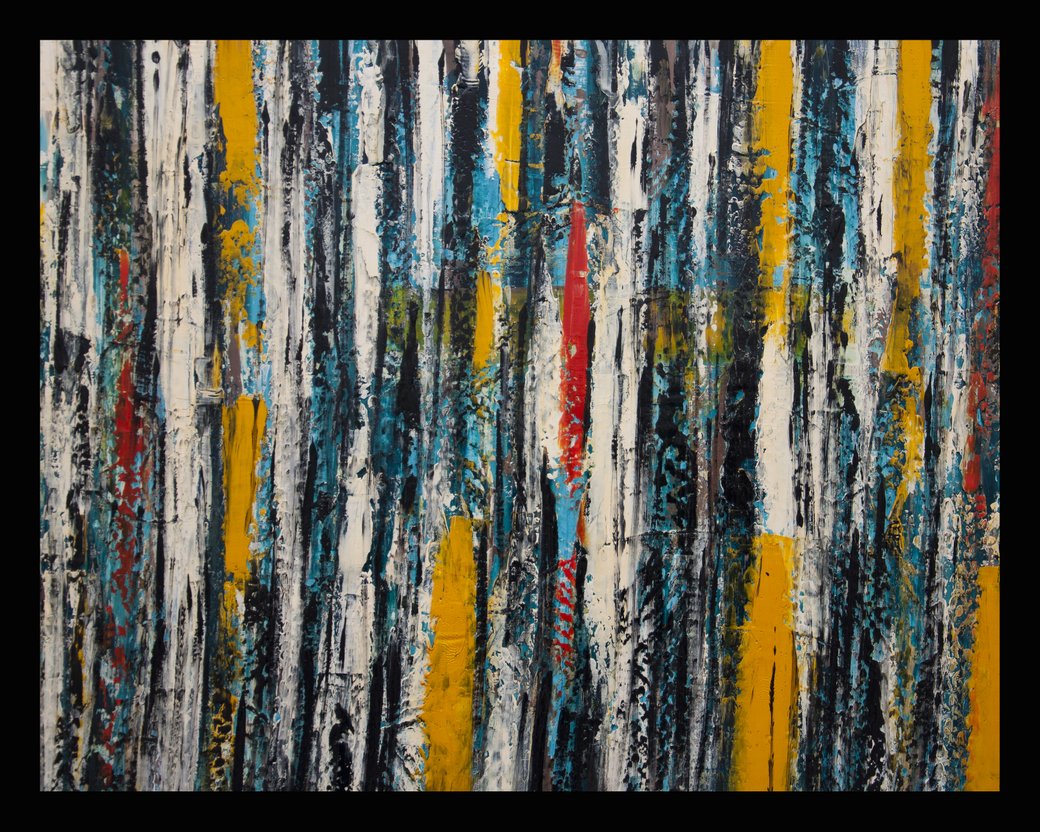 Glance after glance, meeting after meeting in STATEN ISLAND – NY 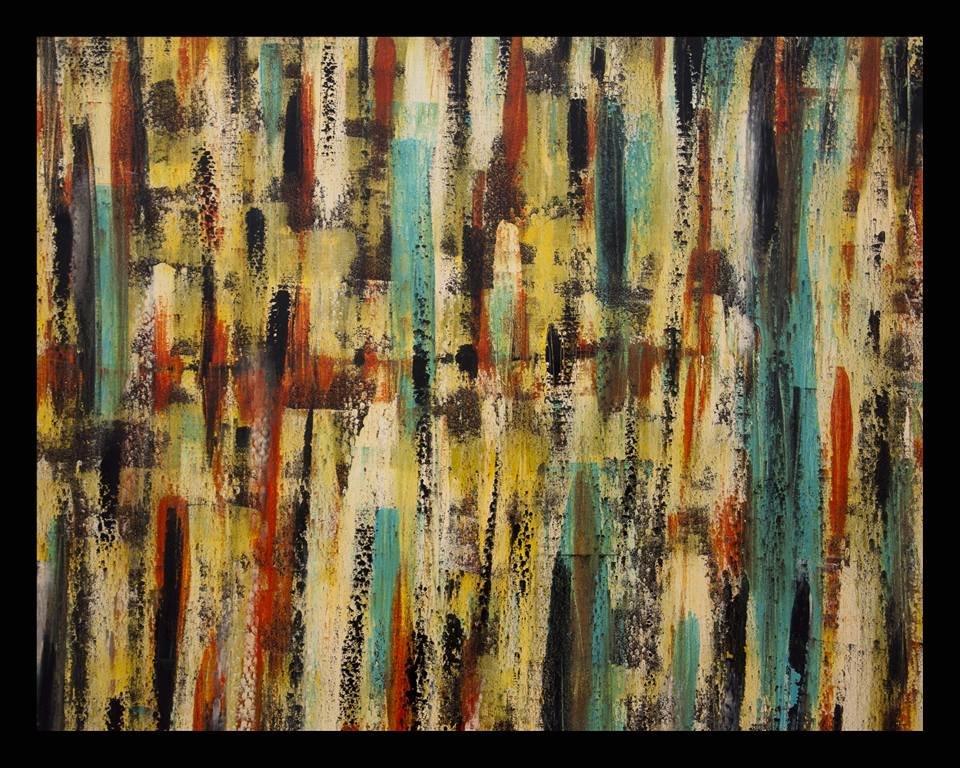 The lights switch on in an autumn sunset in BROOKLYN - NY 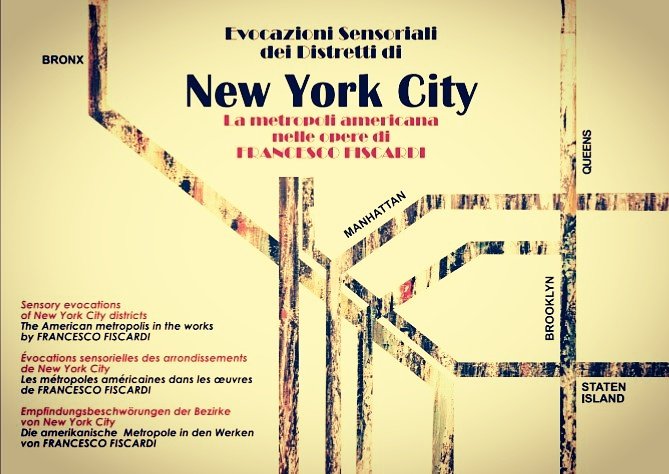