In his first series of works, Metropolises of the world, Francesco Fiscardi has offered an exhibition of what would represent his pictorial feature, in the collection American Metropolises the Neapolitan artist clinches his unmistakable mark in confirmation of a stylistic coherence that the painter keeps beyond any innovation, research and individual expression. The approach to the object of representation, the United States metropolis, is nearly similar, but the artist shows a more developed analysis and synthesis ability that once more involves the observer in a chromatic-formal interpretation play that strengthens the interactive nature of his creations. The highest example is made up of Washington D.C., an oil and acrylic on canvas measuring 100x100 cm like, moreover, the whole above-mentioned series, in which Fiscardi offers to the viewer the key to reading to decipher all the other works, according to the peculiarities of the individual urban centres, characterized by the structurings, symbols and atmospheres. Low and behold, New York City follows, with its typical skyscrapers, the lights and its streets, nearly forming a three-dimensional chess-board in which the chromo-geometric breaks depict the depth of the settings; so San Francisco is caught in its typical connection infrastructures that the artist points out in their linearity and in their classic tonality dominating the whole pictorial scene, a stroke that, on a higher allegorical level, celebrates the greatness of America, since ever technologically in the vanguard of the buildings. Particularly efficacious, in its graphic-symbolic development, the work named Dallas, that recalls without delays the Texan oil portrayed by black coloured splashes distributed on the whole canvas, that ensures to the portrayal also a marked dynamism and depicting, in such a way, the natural dynamic of the black gold wells. In whole other way the painting Miami Beach, characterized by a warm colours grid that immediately recalls the brightness of the well-known seaside resort in Florida. In Chicago, Fiscardi catches the thick street interlacements with his wonted as much as original air panorama that shows the frenzy of the great urban centre through sharp chromo-geometric matchings, without solution of continuity, that offer also an idea of the liveliness of the third city in the United States owing to the number of the inhabitants. The work Boston mostly plays on the bright effects, with its priority of yellows to represent the lights of its skyscrapers that, on a higher hermeneutic level, give back the image of the American splendour in its production apparatus and relating administrative centers, able to make live together, in the same spaces, working activities and natural oases, as we can deduce from the green rectangular forms that inscribe between the other geometrical figures depicting the various urban constructions, in a balanced project harmony; more refined the personal interpretation, by Francesco Fiscardi, of the city Los Angeles: of the skyscrapers, the informal abstractionist in this work gives us the various reflections, nearly having a metapictorial effect, so that the portraying objects give birth to further forms in the shadows that they throw beyond their features, recognizing the depicted constructions themselves an ethereal creative capability that associates the photochromatic phenomena, which originate from them, to a pure pictorial genesis. In Houston, the numerous white shapes, which mark the painting, evidently evoke the space carrier rockets indissolubly linked to the story of a metropolis well-known in the world for being the site of the NASA, the American aerospace agency that made possible the first landing of the man on the moon, as proof of the greatness of a Nation that doesn’t place limits on the human possibilities. In the end, Philadelphia with its chromo-symbolic development to depict the multi-ethnic peculiarities of a metropolis able to integrate, since its foundation, the most different cultures and religions, setting itself as an example of the prevailing civilization in all the United States and that is at the basis of its supremacy in the world. 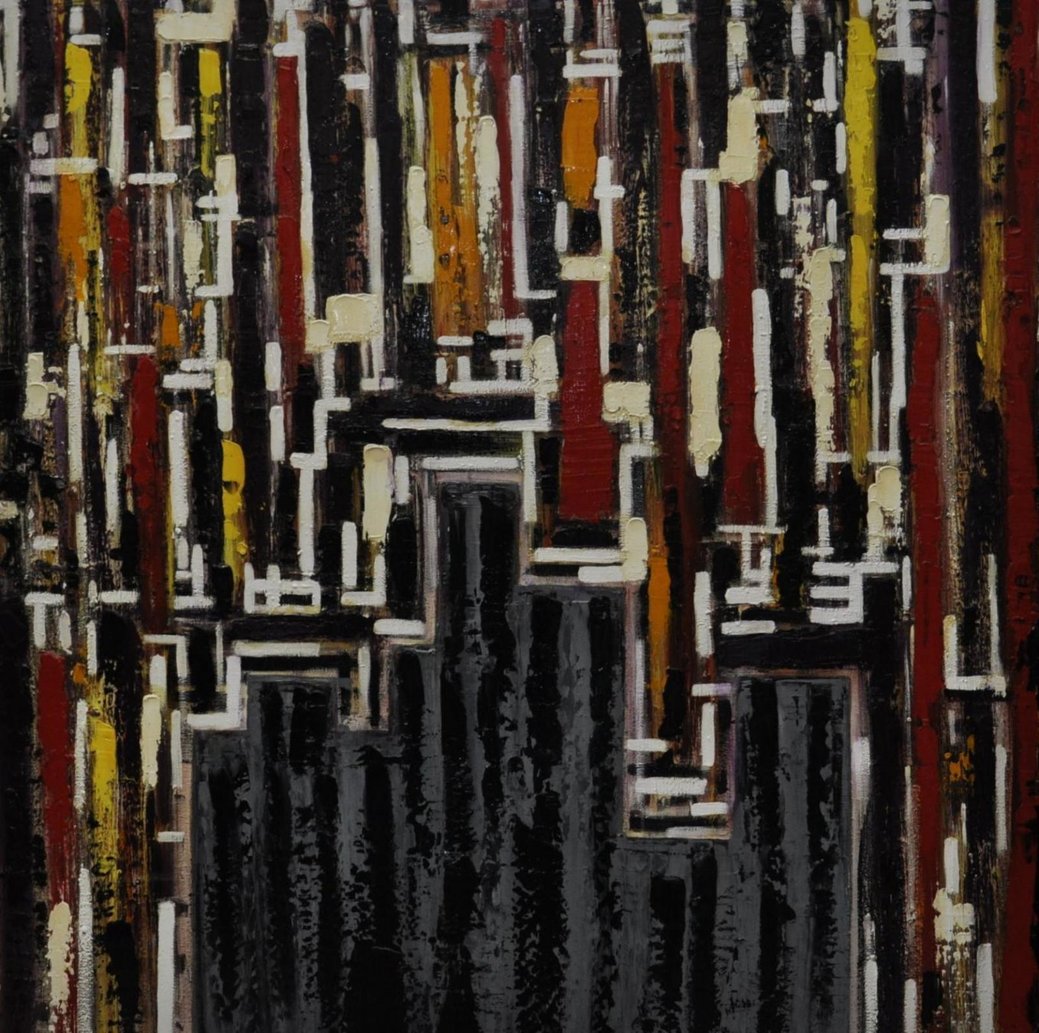 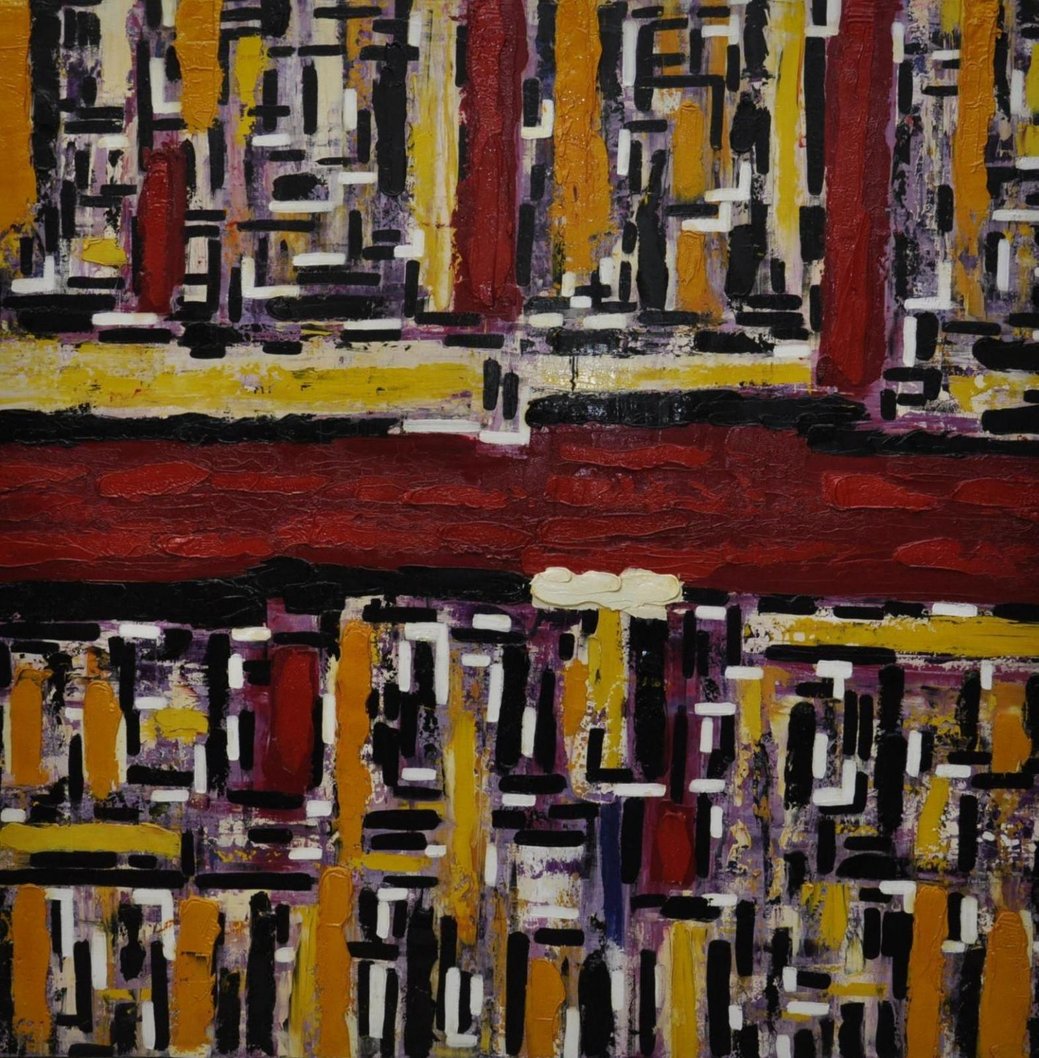 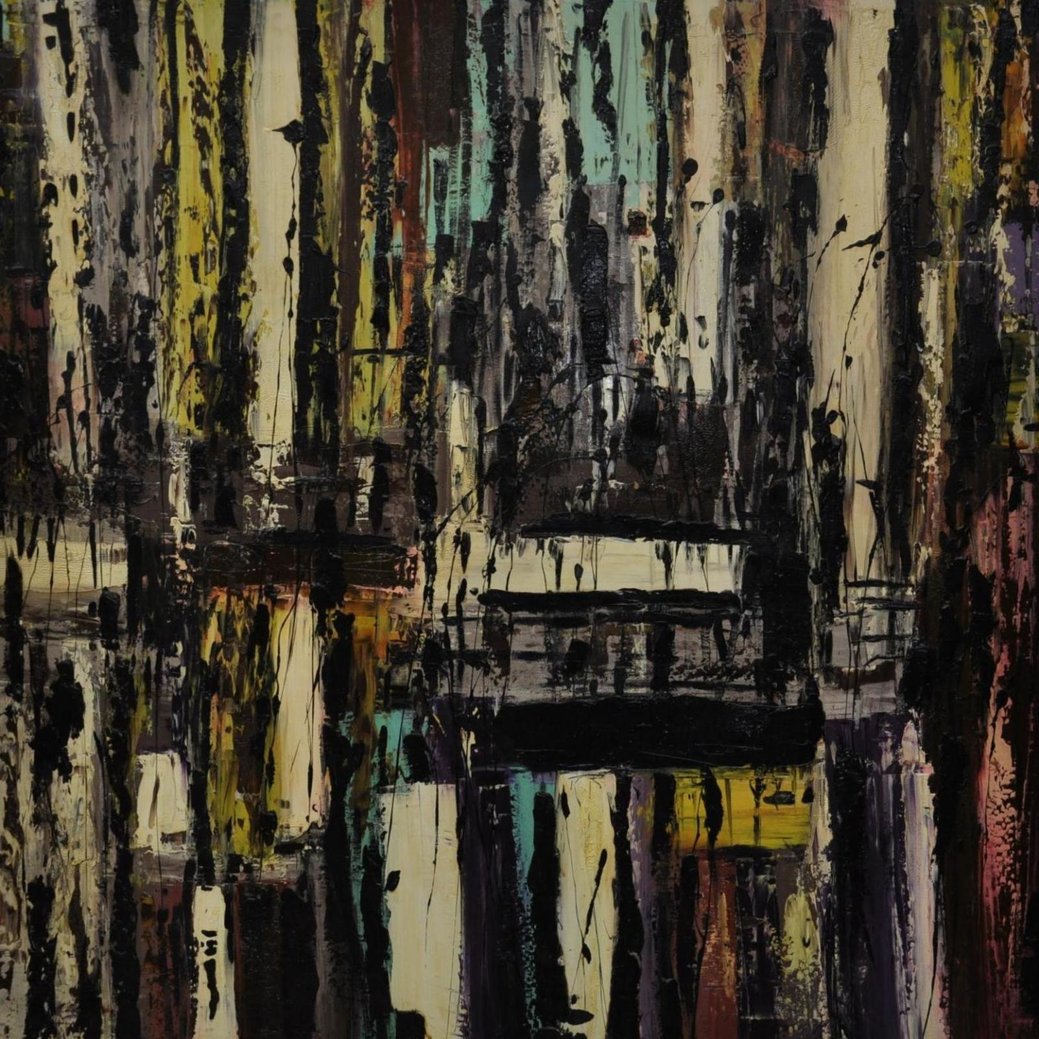 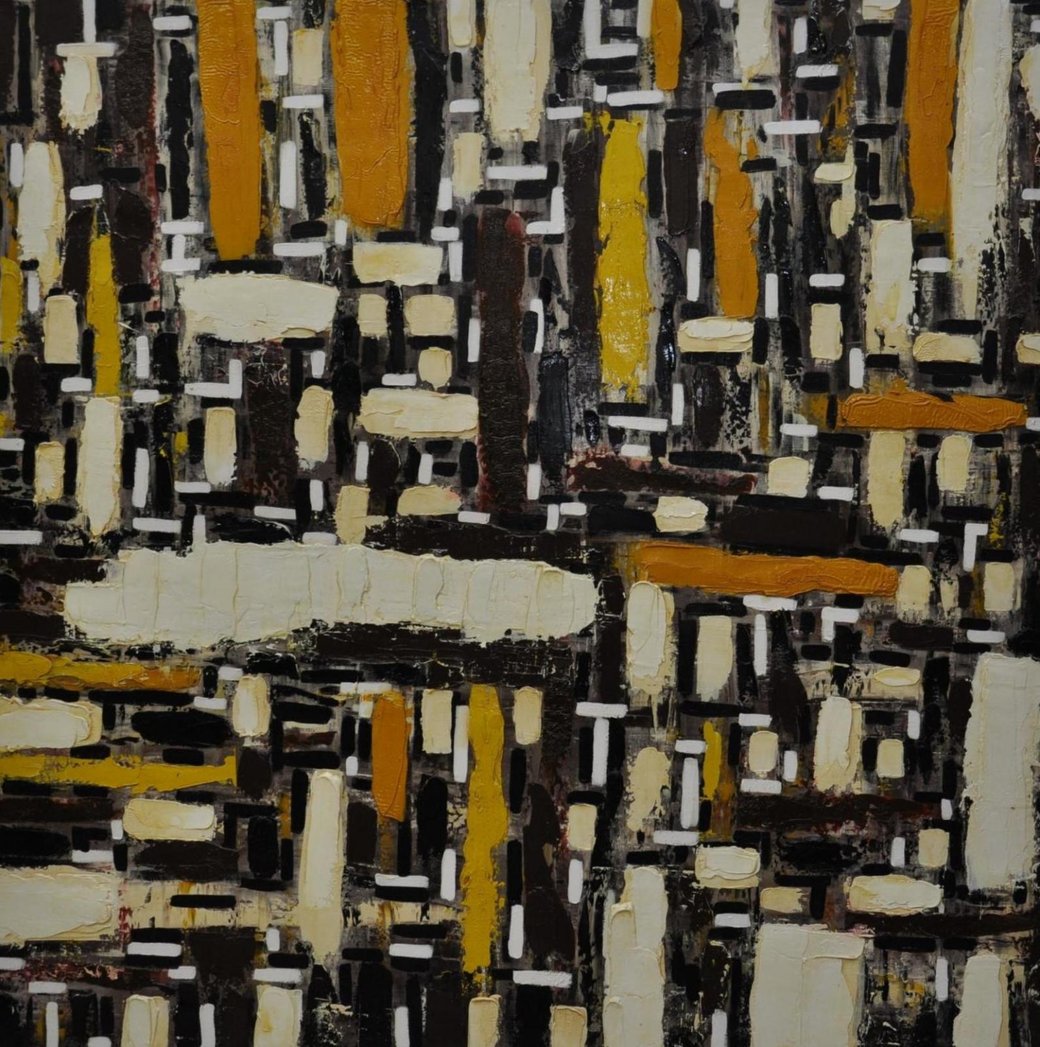 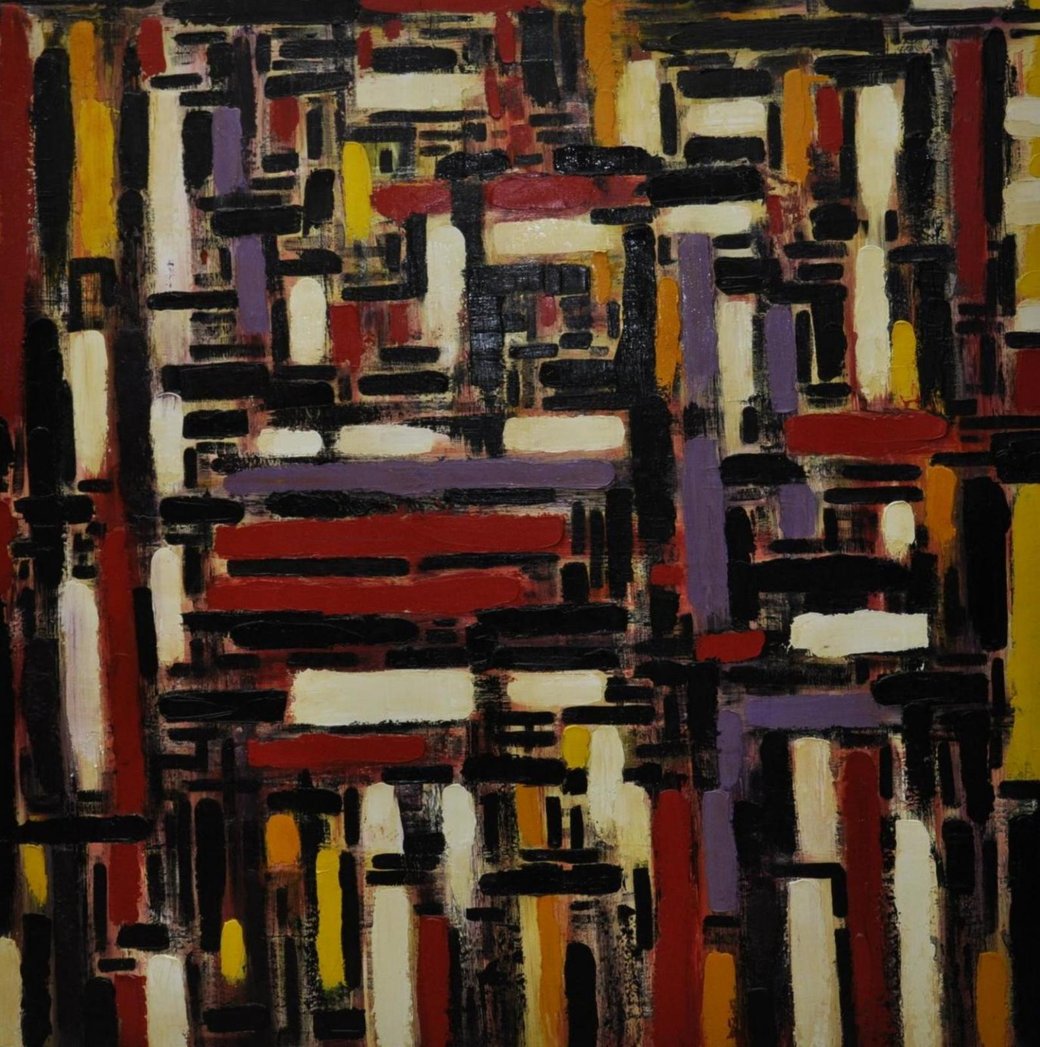 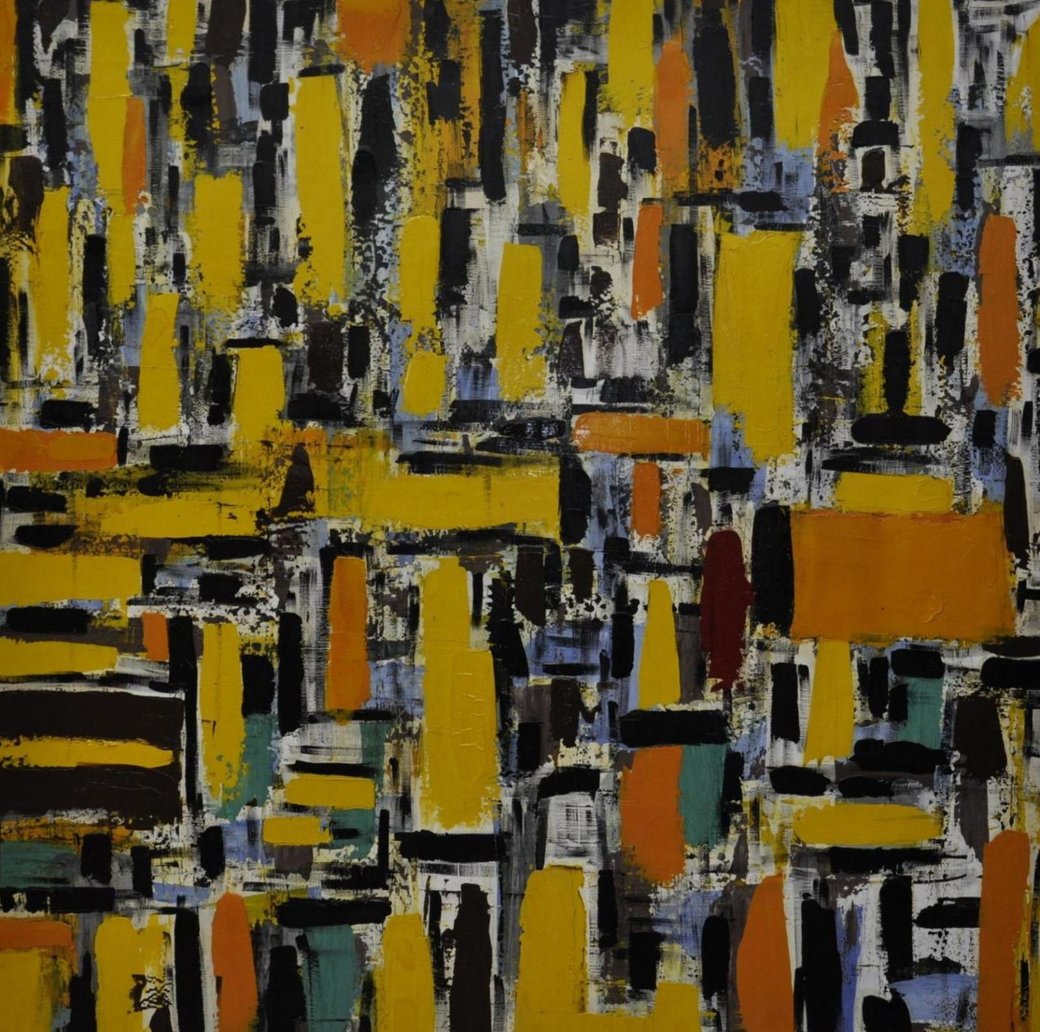 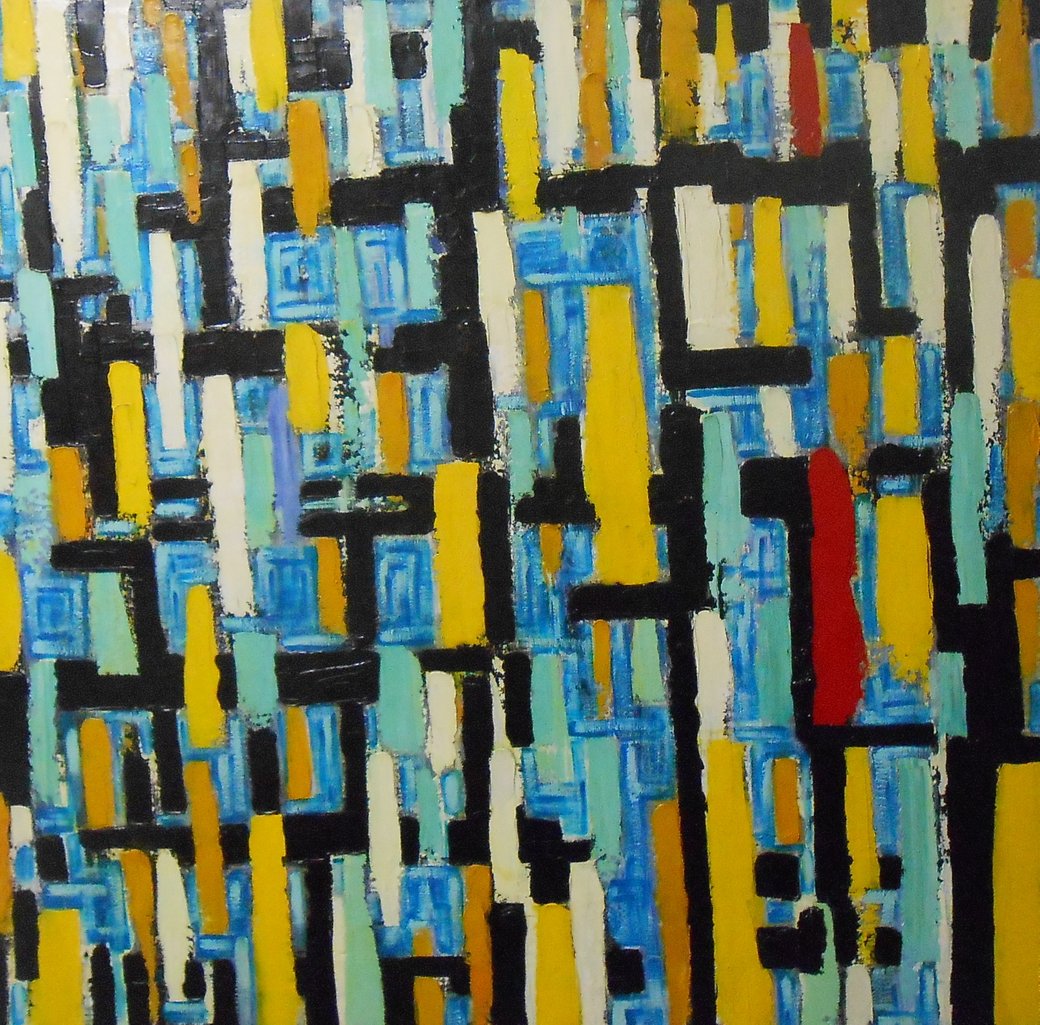 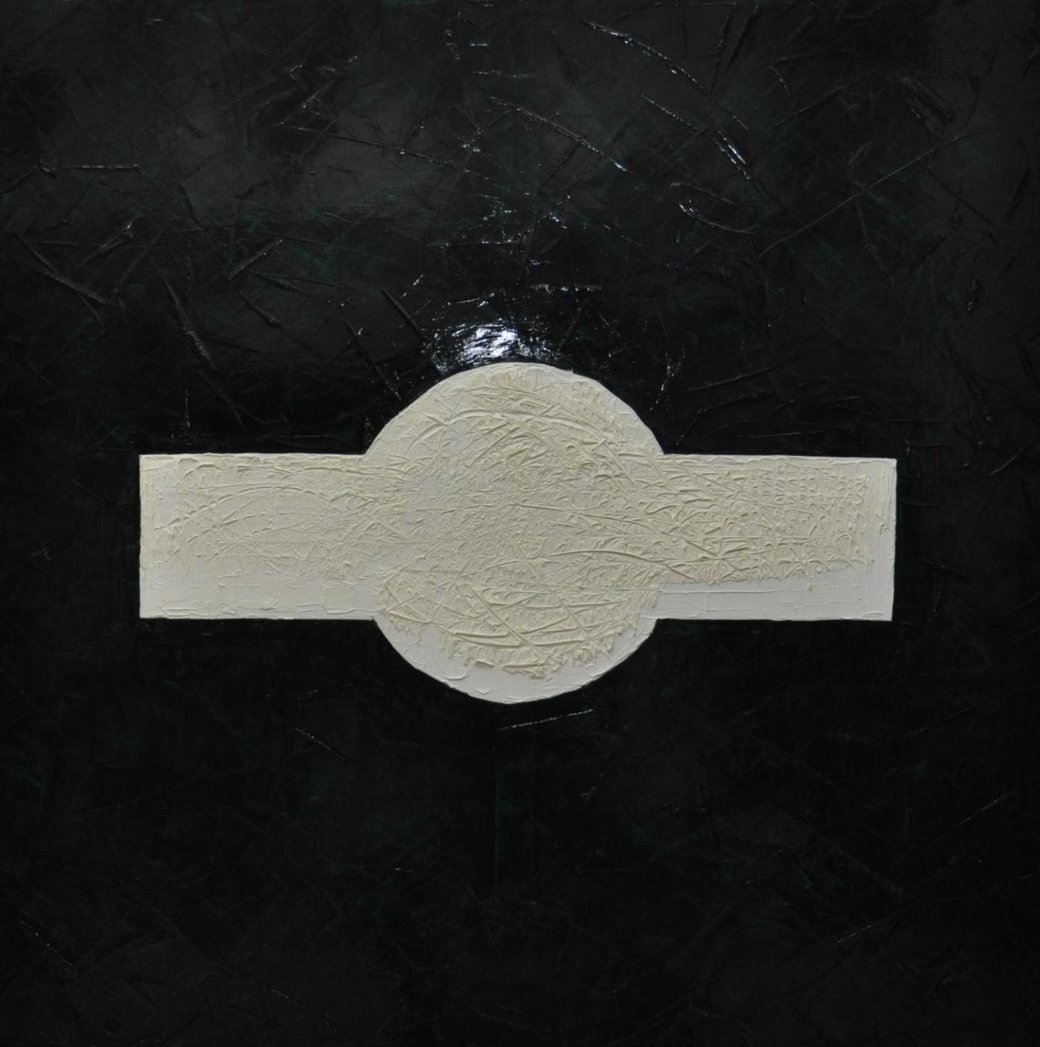 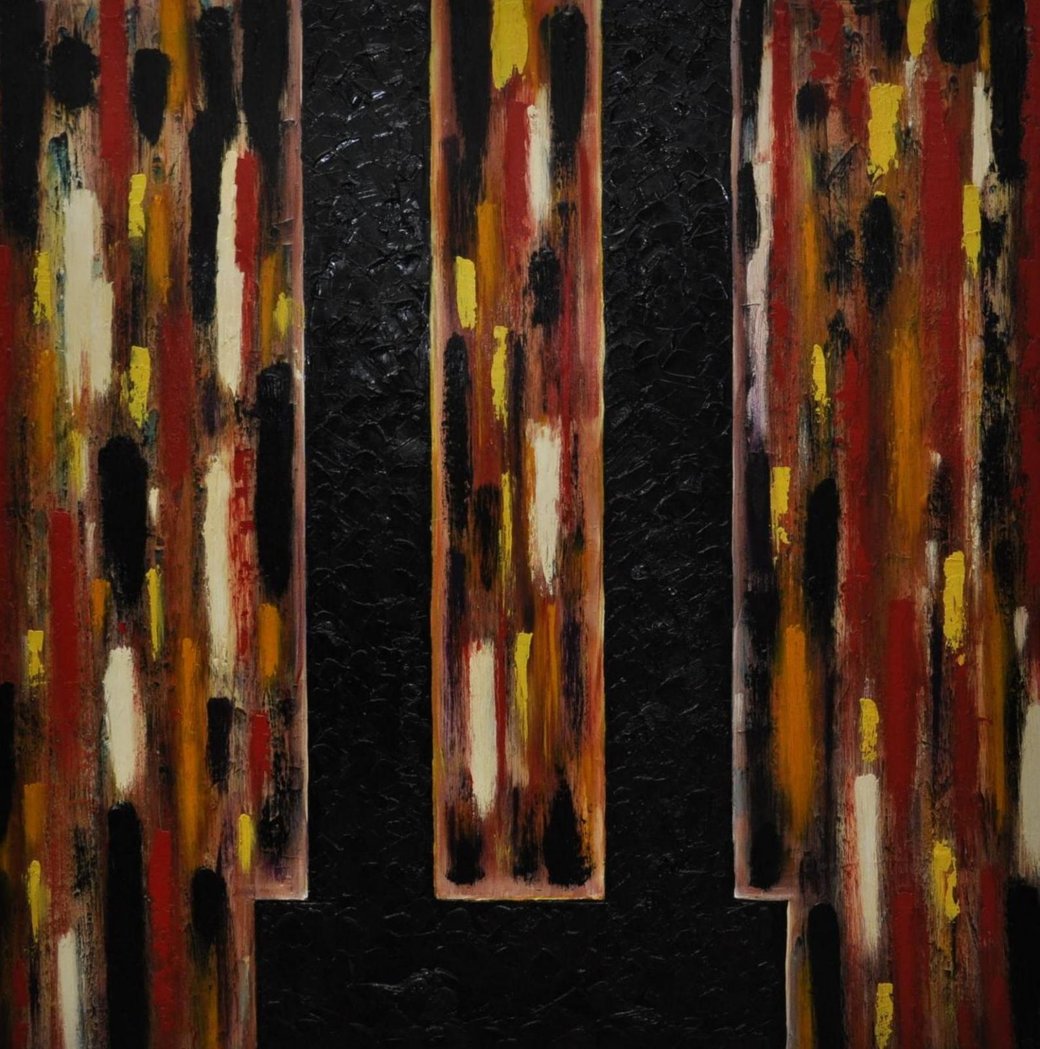